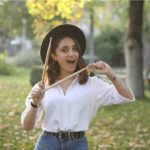 Most app developers prefer their apps to be available on both iOS and Android devices. Logic dictates that they consider cross-platform app development for the rapid construction of mobile apps for iOS, Android, and Windows. React Native and Xamarin are now trendy and dominating solutions in the market.

With the mobile app market reaching $189 billion in 2020, a choice like Xamarin vs. React Native can have a significant effect on companies that produce mobile apps. But which one has the upper hand: Xamarin or React Native? Which platform should you use to build your game-changing app? Continue reading to find out! The practice of curating mobile programs that can function on many operating systems, such as iOS, Android, and Windows, using a single technological stack is known as cross-platform mobile app development.

What exactly does this imply? It’s that easy! Instead of building numerous versions of your software, each developed in the platform’s native language, you may write your code once and distribute it across multiple platforms at the same time. The procedure saves money and time during development. It’s no surprise that cross-app development is becoming more popular. If entrepreneurs want to offer a product fast and on a tight budget, these technologies are the way to go.

If you are still hesitant about the value of cross-platform development here are some major advantages that this solution can deliver for your app.

If you want to reach your target audience more easily, you can also think about developing a hybrid app, which offers your app on various operating systems like Android, Windows, and iOS.

Now, let’s get back to the heart of the matter: should you use Xamarin or React Native? One must consider the big picture, including use cases, functionality, and advantages, before making a decision. Let’s get started by learning about Xamarin.

It’s a mobile app development framework that is open-source and cross-platform. The platform, which was created in 2011, makes it easier to create strong and highly functional Android, iOS, and Windows apps using the .NET architecture. Xamarin is an abstraction layer that aids in the management of a shared code interface with the underlying platform code.

Within the Microsoft ecosystem, it is now a top-rated cross-platform tool for designing mobile apps. Furthermore, it is built on Microsoft’s technology stack and boasts a rapidly increasing developer community of over 1.4 million people.

Xamarin has been used to create the following apps:

Should I Use Xamarin? Xamarin Advantages and Disadvantages

Some of the advantages of Xamarin cross-platform mobile app development are listed below.

Let’s take a closer look at some of the disadvantages of this cross-platform development solution.

A practical selection of tools and libraries aimed to improve the Xamarin developer experience is provided below.

What is React Native?

Plus, it integrates aspects of native programming with React, a top-of-the-line JavaScript toolkit for creating visually appealing user interfaces (UIs).

Expo, Callstack, Infinite Red, Software Mansion, and Microsoft have all contributed to the React Native community, which is growing because of contributions from individuals and enterprises all across the world.

React Native has been used in a number of high-profile apps, including:

Despite its many advantages, there are a few disadvantages to consider before writing your next mobile app in React Native.

Xamarin vs React Native: Which One is Better

React Native is a fairly versatile framework that lets developers use whichever IDE they like. React Native is also the clear victor in terms of accessibility, as it is completely free! Developers can utilize the technology and all of its libraries for free using React Native!

Xamarin also has a free version, although this has a far less functionality set and fewer resources than React Native. Furthermore, while the platform itself is free, using the Visual Studio comes at a cost.

Xamarin has amassed a sizable user base over the years, with over 1.6 million developers spread across 120 countries. This is primarily owing to the fact that it is one of the oldest frameworks available.

React Native has slowly but steadily risen in importance since its release, eventually exceeding Xamarin in 2017.

React Native is more “liked” than Xamarin, according to Stack Overflow’s “2020 Developer Survey,” with 57.9% of programmers indicating the intention of continuing to build with React Native versus 45.4 percent for Xamarin.

React Native allows users to create code once and deploy it across several platforms, but it also takes into account platform variations. This indicates that you’ll have to figure out which system you’re on from time to time and load a new component or group of components based on which platform you’re on. Even so, a sizable portion of the codebase can be reused.

By using the language, Xamarin claims that developers may reuse up to 96 percent of their C# code. Xamarin also includes form elements, making it more code reuse friendly than React Native and Flutter, which share 60–90% of their code.

There is a lot of support for React Native out there. You can readily discover a wealth of learning resources as well as programmers on forums or QA sites such as Stack Overflow to seek assistance anytime you need it.

Support for Xamarin is fairly limited. Microsoft, on the other hand, offers several free Xamarin seminars and courses and methods to improve to get you started.

While determining which framework is ideal for you is challenging, the React Native and Xamarin frameworks, like any other architectures, have their own set of downsides and benefits.

If you are unsure on which one to choose Xamarin vs Native, make sure to contact one of our experts for further assistance.

Importance of finding and fixing vulnerabilities in your code